Flying in the US

The $100 hamburger is an aviation in-joke about flying to an airfield, just having lunch there, and flying back, at a much higher cost than driving there. The value is, of course, in the flying practice.

I've had my UK PPL (private pilot's license) for just under two years now, and since I've moved to the USA - pretty much the spiritual home of general aviation - I thought it would be a good idea to get a US license as well, so I can fly around the US getting in my $100 hamburgers. 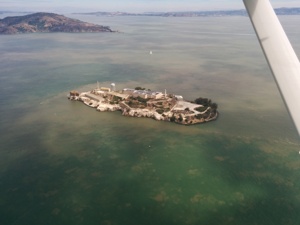 Flying around the Bay Area? Why not see Alcatraz!

Unlike cars, you can't just turn up in a foreign country and fly their planes; your license is from a certain country, and you're only allowed to fly planes from that same country. The European situation is a bit different - we have a common aviation board called EASA (formerly JAA) - but you're still limited to just flying EASA-registered planes, of which there are literally none in the US, especially as rental planes.

Thus, I needed to get an American license, from the FAA. Fortunately, aviation has at least come up with ICAO - an international organisation that decides on flight standards - and so private pilot licenses in all ICAO member states are held to a certain standard, meaning I should be able to exchange like for like.

From stories I've heard, it definitely used to be like this - you'd walk into a FSDO (Flight Standards District Office), show them your foreign license, proof of time, identity and a few other things, and walk out with an FAA license. Fantastic!

These days, however, it's a bit more involved - you have to send off to the FAA's AFS-760 division to get them to talk to the country that issued your license and verify that it really exists (I imagine there were some issues with fake licenses that caused this change). In addition, because the UK government is slightly paranoid about data privacy, I had to write to the UK's CAA to allow them to release my information to the USA.

The bonus? This all takes two months to go through!

At the end of it, though, you end up with a verification letter, and you can finally go to the FSDO, talk to one of their inspectors, and they'll get you your new FAA license. There's no re-test involved, which is a relief (if you think a driving test is difficult, you haven't seen a pilot's checkride), and it's mostly paperwork - something that any pilot is intimately familiar with.

This whole process is reasonably well documented, however. What's not so well written up are the edge cases, so here are some fun facts I learned for anyone else going down a similar route: 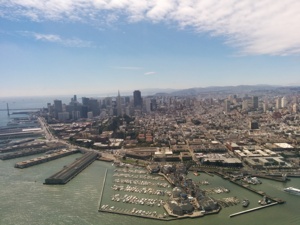 The need for a flight review thing is still slightly muddy and the FAA disagrees with themselves in places, but it's probably better to get it; more training isn't bad and it's a reasonably easy 2 hour session with no test

In general, it's a world of weird edge cases and odd legal definitions - I've been reading through the AIM and FARs (the FAA rules), LASORS (the UK CAA rules), and asked questions of both the FAA and the UK CAA directly to compile these answers, but I got there in the end!

That is, until I try and bring some stuff back over onto my UK license, I suspect. Stay tuned for the next, suspenseful, paperwork-packed edition of Pilot Diaries (or possibly a more exciting one).